A practical approach to start playing your favorite songs immediately

A high quality of tuition

All levels – all languages

The school has a teaching staff with extensive studies, a long career and great professional experience as concert performers, as well as in the field of teaching in academies, schools and conservatories.

Our aim at ACLAMA Music School is to give students the highest quality of tuition.

Students will have the opportunity to explore many genres of music in addition to the classical repertoire.

Come start your musical journey with us in a fun and affordable environment !

To find out more about our locations, please contact us.

Our pedagogy encourages from the beginning the transmission of necessary and fundamental knowledge so that if any of our students in the future decide to continue with a professional training, they are already very well trained and prepared for it.

It is a big challenge, but our experience tells us that it is the best way. 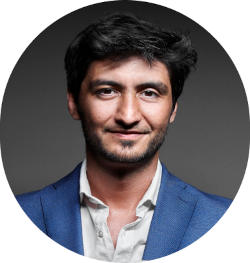 He has studied at E.M.P.A (Buenos Aires – Argentina), where he did the Jazz and Tango career studying with maestros such as Anibal Arias and “Chocho” Ruiz; he also took private lessons with Javier Cohen.

He dabbled into composition with Maestros he specifically select because of their original style: Guillermo Klein, Diego Schissi, and Nicolás Gershberg.

He received recognitions from the Ministry of Culture, declared to be as “Cultural and Artistic Interest” for his quintet (2012), and declared from the Ministry for Foreing Affairs and Ministry of Tourism as “..part of the national identity of Argentina, being granted the status of   ̈Brand Ambassadors ̈ for the country. (2013).

Since 2004 he has been part of the “Violentango” quintet as guitarist and composer, with which he recorded 5 CDs, and participate in several international tours in Europe, North America and Latin America; performing at famous festivals such as Glastonbury Festival (UK), Jazz al Parque (CO), Virada Cultural (BR), Savassi Jazz (BR), Vive Latino (MX), Heineken Canarias Jazz (ES), Nishville Jazz (SR), Para Ti Latino (BR), among others.

The teaching methodology we create is a perfect hybrid that suits the needs of our students.

That is to say, our basic and primordial principle is to transmit to each one of our students the love for music, to know how to enjoy it, to appreciate it, to respect it, and to take advantage of it. We want it to be a fun and playful activity.